Posted at 15:56h in Uncategorized by kyryll ushakov

Agriculture is one of the leading sectors of Ukraine’s economy.

Besides the stable provision of high-quality, safe, affordable food to local people, Ukraine’s agriculture is capable of making a significant contribution to solving the world hunger problem. Its production potential far exceeds the needs of the domestic market.

Agricultural land covers 42 million hectares or 70% of the country’s total area. 78.9% of agricultural land is arable land and perennial crops, 13.0% is pasture, 8.4% is hay. The highest share of arable land is in the steppe regions (70-80%) and the forest-steppe zone. The pastures are concentrated mainly in the Carpathians, in the Polesie and in the southeastern steppe regions, and hayfields – in the valleys of the rivers of forest and forest-steppe zones.

According to the statistic of 2015, Ukrainian farmers supply their products to 190 countries. In 2018, the agricultural sector accounts for almost 17% of Ukraine’s GDP and brings in almost 38% of foreign exchange earnings.

Crop production includes the cultivation of grain, technical, fodder, vegetables, melons and potatoes, gardening, viticulture and floriculture. Main crops: winter and spring wheat, rye, winter and spring barley, corn, oats, buckwheat, millet, and rice. The main areas of its cultivation Forest-steppe and northern regions of the Steppe. Spring wheat has a lower yield than winter, its crops are located mainly in the steppe regions of Ukraine with more severe winter conditions, where there is practically no permanent snow cover. Winter rye is a valuable food crop. The main areas of its cultivation are the Polesie and the forest-steppe west. Oats are widespread in the same areas as rye and are ancillary to the crop.

Barley is the second largest crop area. Spring is grown in Polissia, and winter – in the southern part of the Steppe and in the foothills of Crimea.

Corn occupies the third place in Ukraine by area of crops. The best conditions for its cultivation are the northern and central steppes, south of the forest-steppe. Large areas in Ukraine are allocated for buckwheat. The largest buckwheat crops are concentrated in Polissia and partly in the forest-steppe. Rice as a food crop is grown on irrigated lands in Mykolaiv, Kherson and Crimea. The grain economy plays an important role in the agricultural sector of Ukraine, ensuring a stable supply of bread and bakery products to the population, as well as raw materials for industrial processing. In terms of grain production, Ukraine occupies one of the leading places in the world. In the world grain market, on average over the past 10 years, Ukraine has taken eleventh place in wheat production and seventh place in barley production. Some growth in these indicators began in 2000, which led Ukraine to enter the top ten in wheat production and in the top seven in barley production. Comparing gross production of basic crops with EU countries and Russia, Ukraine is inferior to Germany, France, as well as Russia, whose agricultural lands are several times higher than Ukrainian ones.

The production, processing and export of grain in Ukraine make significant budgetary contributions and are important areas of employment for the country’s population. In addition, the country’s grain industry has significant development potential, linked above all to the availability of rich land resources and sufficient skilled labor.

Sunflower covers about two-thirds of the total area of industrial crops (2.1 million hectares). The main areas of sunflower are concentrated in the steppe zone and in the south of the forest-steppe. The highest concentration of crops is observed in Donetsk, Dnipropetrovsk, Luhansk, Zaporizhzhya regions. Sugar beets used for sugar production occupy an important place among industrial crops. The main sugar beet growing regions are the forest-steppe, northern steppe, southern Polesie regions. Relatively large areas among other industrial crops are occupied by flax. Its growing areas are Chernihiv, Zhytomyr, Rivne, Volyn, Sumy, Lviv and Ivano-Frankivsk regions.

Castor oil is widely grown in the southern regions of Ukraine, which is widely used in aviation, perfumery, medical, leather and other industries. Tobacco plantations are widespread in Crimea, Transnistria and Transcarpathia. For the needs of the brewing, yeast and baking industries, hops are used. This culture is mostly grown in Zhytomyr, Rivne oblasts.

Potatoes and other vegetables are valuable, vitamin-rich foods that are raw materials for the food industry and valuable feed. In terms of production, potatoes occupy the second place after grain and are used as food, for technical processing into alcohol, starch, molasses and as animal feed. The main potato production areas are Polissia and Forest-Steppe of Ukraine, as well as suburbs of major cities.

Vegetable farming is widespread throughout Ukraine and is mainly ozone-based. The highest concentration of vegetable crops is characteristic of farms located around large cities to provide the population with fresh produce. In Polissya, for example, cucumbers, carrots, table beets, cabbage are grown, in the forest-steppe cucumbers, tomatoes, onions, in the Steppe – tomatoes, peppers, eggplants.

An important area of agricultural production is gardening and viticulture. Different areas of Ukraine specialize in growing different fruits.

The main arrays of apples and pears are located in the forest-steppe and Polissia, and cherries, plums, apricots, cherries, peaches, nuts – in the Steppe. In the central and southern regions, cherries, nuts, apricots and other fruit trees grow in depleted forest strips, along highways, in forests. Recently, the number of fruit plantations has grown in suburban areas around cities. Large grape plantations are located in the south of the country and in Transcarpathia. About 80% of all vineyards are concentrated in Kherson, Odessa and Crimea. High-quality European varieties are grown in the southern part of Crimea. Medicinal plants are also grown in Ukraine. The main growing area is Crimea.

Ukrainian livestock traditionally specializes in the production of meat, meat products, milk, eggs and other food products. Livestock is divided into cattle breeding, pig breeding, sheep breeding, poultry breeding and more. The location of livestock is greatly influenced by the forage base. Livestock production is ubiquitous. Around the big cities, urban agglomerations, in suburban areas of Polissya, Forest-steppe there are farms specializing in dairy and meat products. Meat and dairy farming is prevalent in the Steppe.

Pig farming is the second most important livestock industry. Pig farming provides the population with food – meat and fat, and the light industry – leather, bristles, etc. It is less dependent on the forage base and therefore concentrated in the densely populated areas where the vegetable production is well developed is food waste. Shepherding in Ukraine plays a supporting role. Sheep breeding is especially intense in the Steppe and in the Carpathian mountain pastures. This industry specializes in the supply of meat, wool, sheepskin, fat, sheep’s milk. Poultry farming is focused on feed grain processed for feed, developing in suburban areas of large cities. This industry specializes in breeding chickens, turkeys, ducks, geese, meat, eggs, feathers and down. Industrial poultry farming is developing in all natural-economic zones.

The structure, location, specialization of animal husbandry of Ukraine is significantly influenced by the forage base, which is different in different parts of the country and depends on a number of local features.

Vegetables. Ukraine is in the top ten in the world by gross production of vegetables and melons, and is ranked ninth in the world per capita.

Livestock. In the Ukrainian agriculture, animal husbandry has the place of a kind of “processing” industry, which processes crop production for food and technical raw materials. In the structure of gross agricultural production, livestock is more than 38%. Its main branches are cattle breeding, pig breeding, sheep breeding, poultry farming. Livestock also includes fisheries, beekeeping and silk farming. Generally, the tasks of animal husbandry are to produce high quality food and valuable raw materials for the food and light industries. The production process in animal husbandry is more mechanized and facilitates the transfer of the industry to industrial basis. 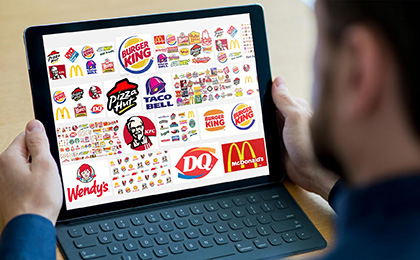